A small airborne mapping company from Massachusetts is hoping to make a big difference helping the people of Louisiana recover from the devastating tornadoes on March 22.  Friday night and Saturday 3DEO, Inc. flew an airborne lidar instrument, developed by the company, surveying hundreds of points per square yard throughout the tornado-impacted areas from Gretna through Arabi. The data will be used to assess damage and assist recovery.  The EF3 tornado that touched down south of New Orleans in Gretna wreaked havoc in Arabi with an estimated maximum wind speed of 160 mph, according to the National Weather Service.

“Damage assessment and remediation planning can be accelerated when analysts have ready access to airborne survey data,” says 3DEO founder Dale Fried.  “In the aftermath of disasters there is often a need to capture the scale of the damage, assess what roads are passable, measure the location and volume of debris to be removed, and support rapid estimation of the budgets required to make repairs.”

Once the scope of the tornado damage became clear, the 3DEO team interrupted an ongoing project in Maryland to come to New Orleans.  Airborne operations engineer Chris Reichert said “If there is any way our technology can help the people of Arabi rebuild their lives and property more rapidly, we want to contribute.”  3DEO is making their airborne survey data freely available to the community.   This enables users to analyze damage to buildings, trees, and structures.  The "point clouds" are viewable in computer software and allow analysts to make measurements.  This information is used to quantify damage and inform the recovery process.

The underlying technology, lidar, is embedded in modern tablet computers and autonomous cars.  Pulses of laser light are used to measure the distance from the sensor to the scene.  3DEO is commercializing lidar technology developed for defense applications, and their lidar systems enable extremely rapid surveying at rates of 10 million points per second.  “We hope that the highly detailed measurements we collect and the high rate of collection will make lidar an affordable and useful tool in disaster response applications,” says Brandon Call, one of the system’s developers.  His colleague Kim Reichel adds “The next step is building and validating automated tools to rapidly exploit the 3D point clouds in order to provide timely information to the decision makers.”

Figure 1: Rendering of 3DEO lidar imagery of the EF3 tornado damage in the Arabi neighborhood of New Orleans.  The color indicates the elevation.  The data was collected at a rate of approximately 70,000 square yards per second. 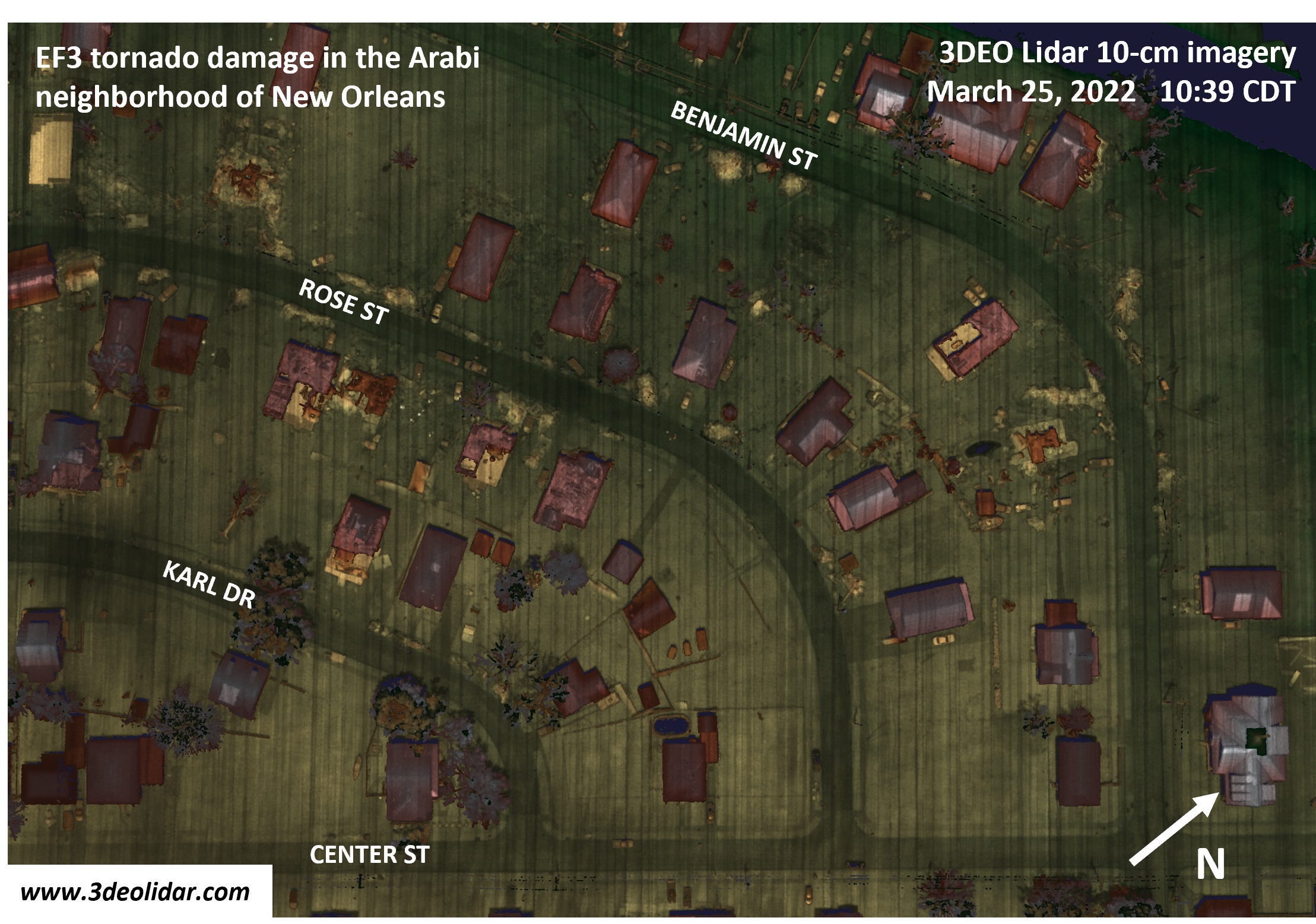 Figure 2: View of the damage from a different a viewpoint, using the same lidar data.  Analysts and AI algorithms are able to use the 3D point clouds for geometrical measurements supporting damage assessment and estimation of debris volumes. 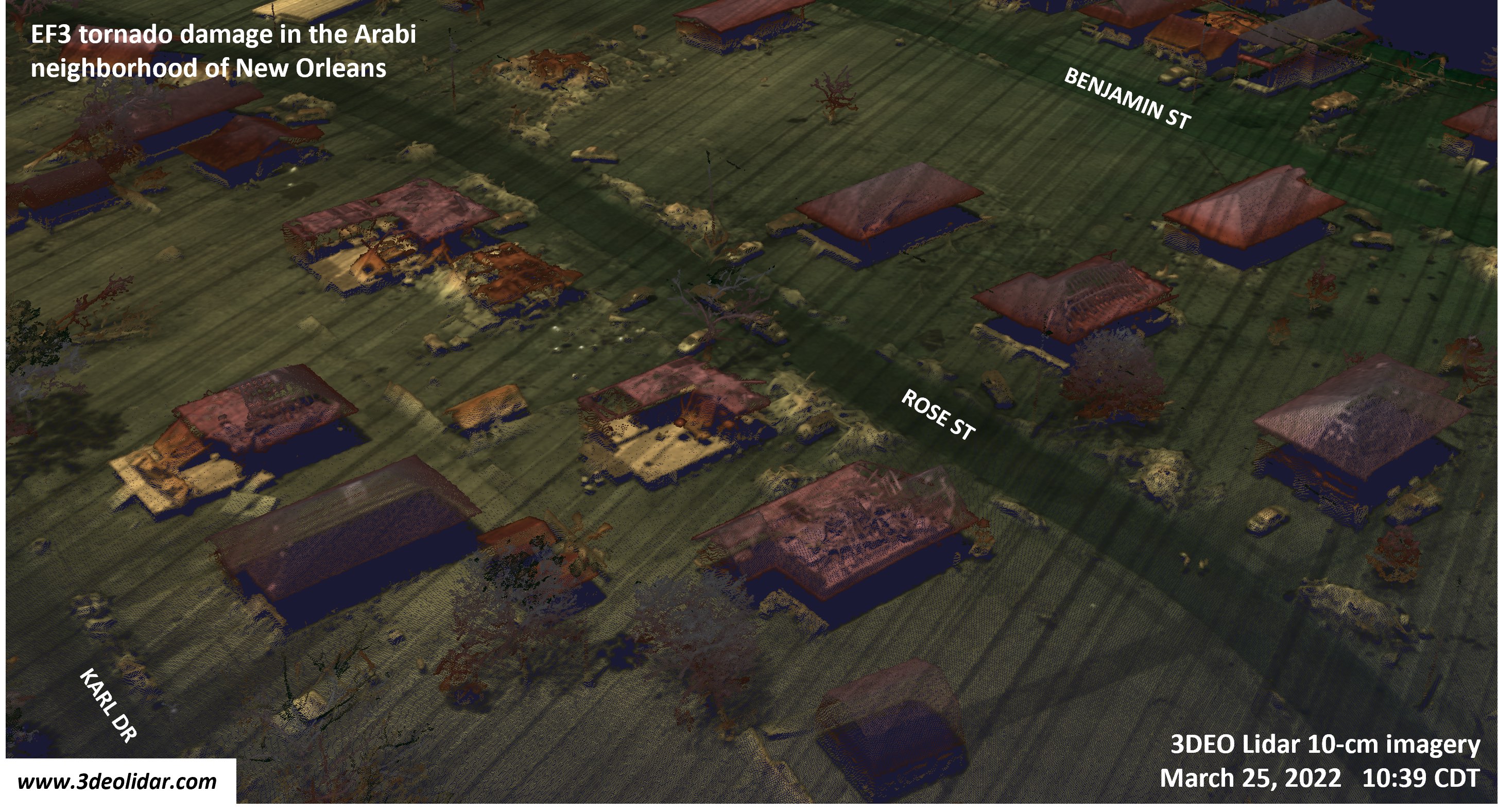