Lidar offers decisive advantages over other techniques for generating 3D imagery, such as photogrammetry. The advantages are most apparent when the scene includes foliage or deep urban canyons.  Lidar is advantageous because range information is directly measured.

Urban Canyons: Narrow streets between tall buildings are blocked from view unless the airborne sensor is directly overhead. With lidar only a single look is needed to complete the measurement, so intelligent flight planning can ensure that all areas are imaged.  Photogrammetry relies upon imaging the street from several viewpoints, which is difficult or impossible; the 3D product is unreliable in urban canyons. Lidar images of urban canyons are consistently accurate and reliable.

Motion: Because lidar can collect a 3D image in a single, short observation, objects in motion can be accurately imaged. Techniques requiring synthesis of 2D images collected from multiple viewpoints at multiple times are confused by motion in the scene.

The figures below depict these issues. 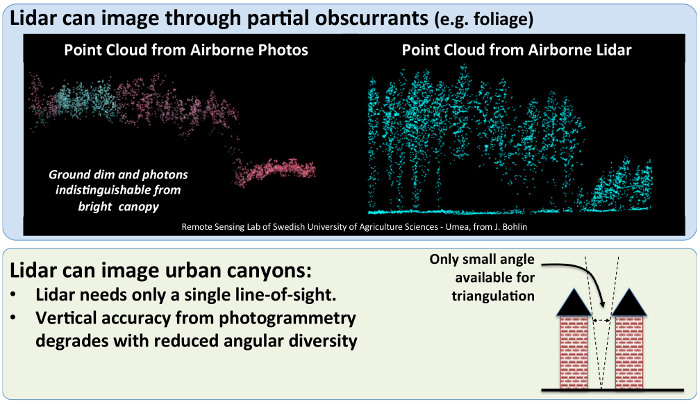 The GoogleEarth images of Central Park, below, demonstrate the kinds of 3D errors to which photogrammetry is susceptible. If Google had used detailed 3D lidar as a scaffolding upon which to drape this imagery these problems would disappear.  Geiger-mode technology makes it economically feasible to collect detailed 3D imagery of vast areas. 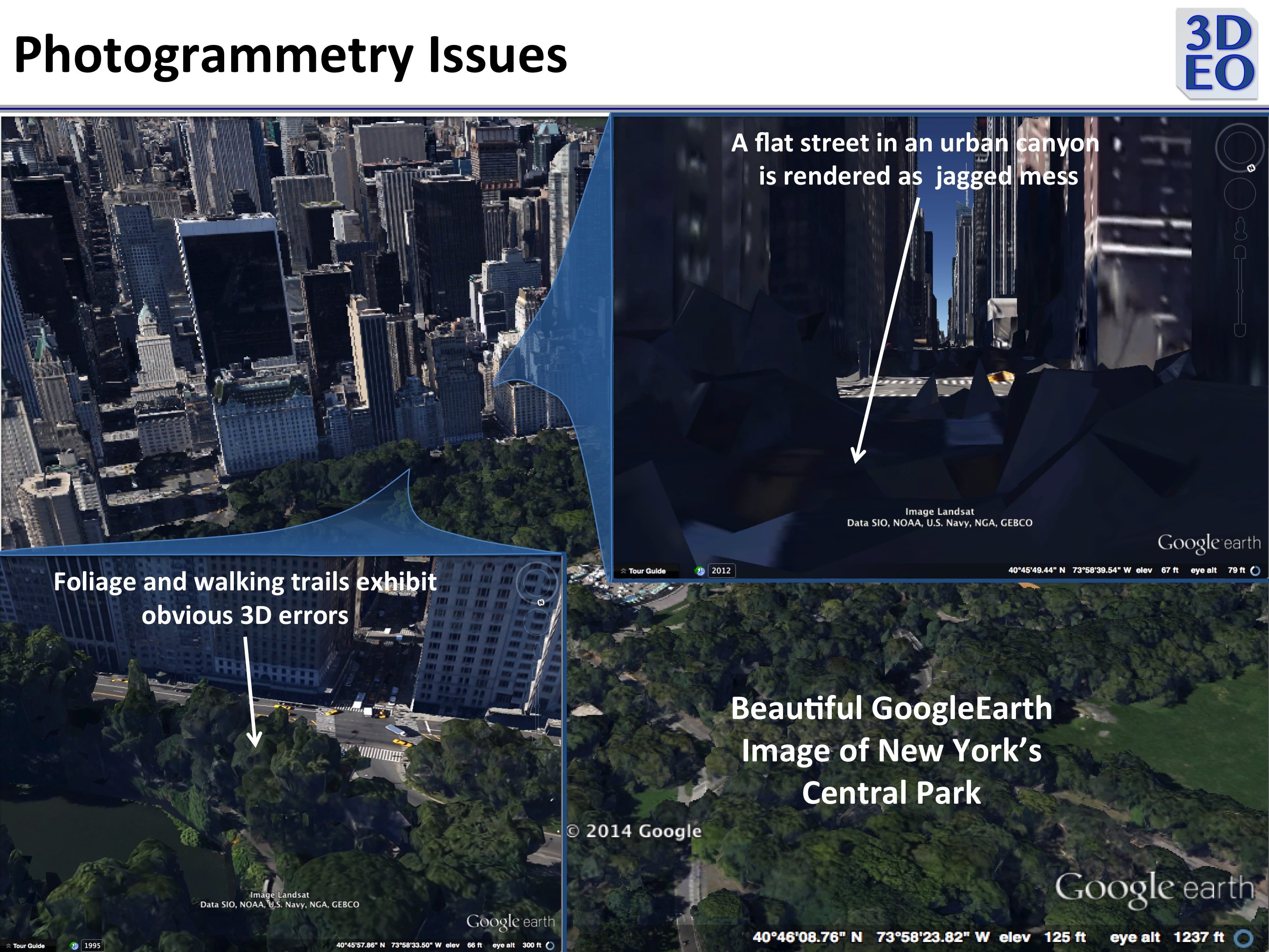