Geiger-mode Lidar is a Proven Technology

Geiger-mode technology was originally developed by the US Department of Defense (DoD). The 3D map of the Grand Canyon shown below was made during a pre-deployment demonstration of ALIRT in 2010. The system went on to serve DoD operational taskings on a daily basis for nearly four years.

The DoD funded development of Geiger-mode lidar at a cost well over $100 million spanning more than a decade. The military has decided to allow commercial use as it understands the tremendous advantages for other portions of the Government (USGS, FEMA, etc.) as well as the private sector. The below image is courtesy of MIT Lincoln Laboratory. 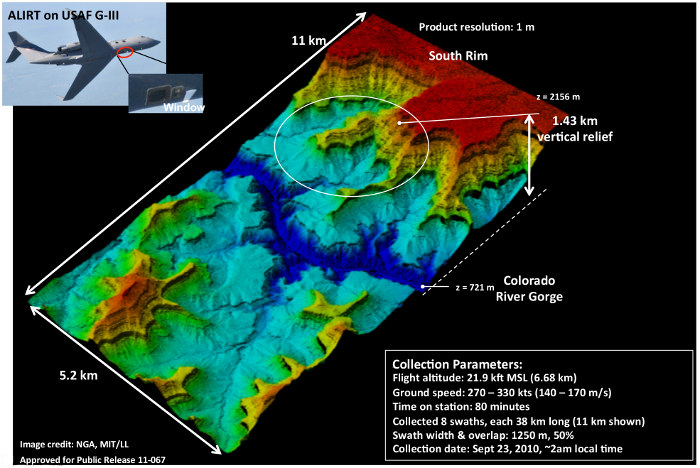